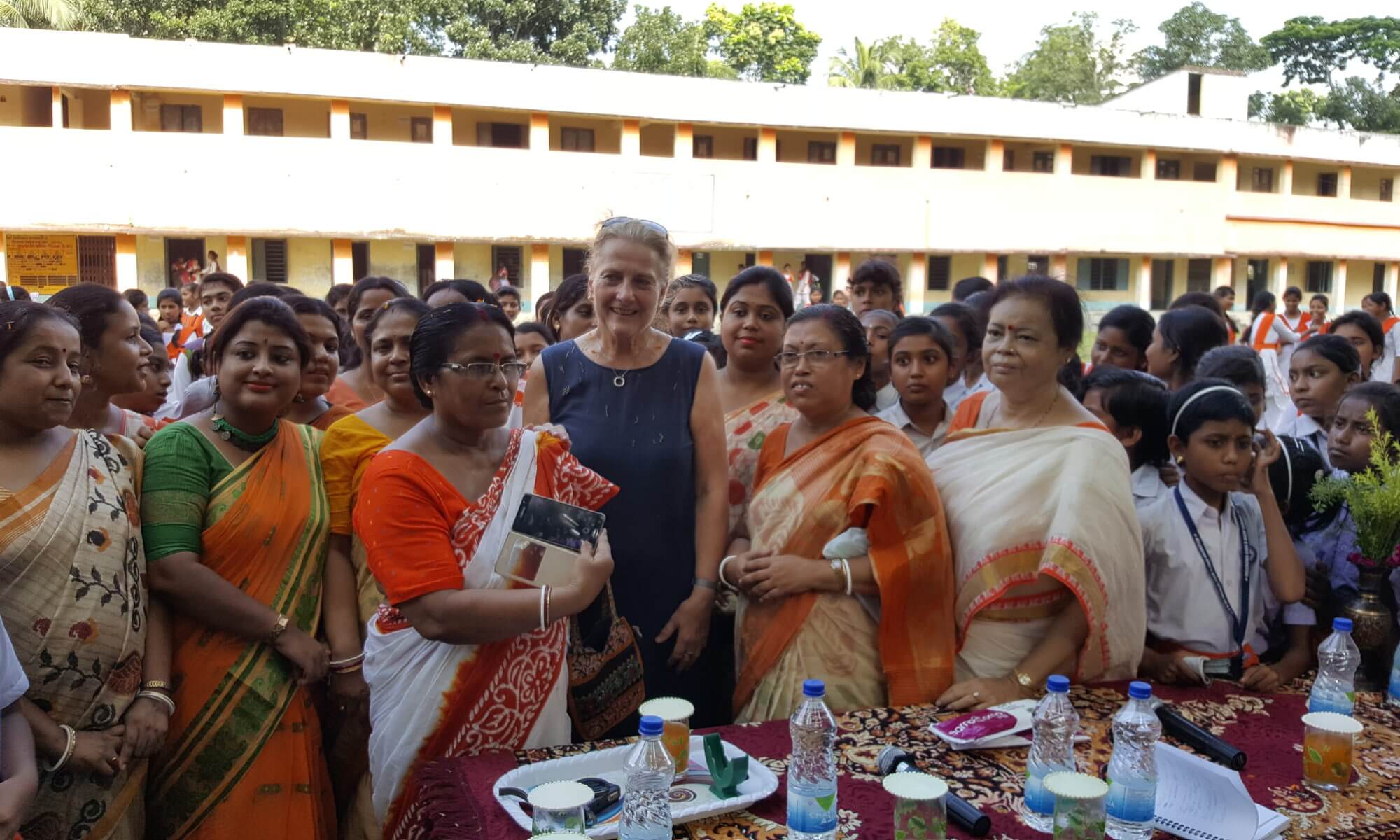 Good bye to Kolkata. I never thought that I would be sad to leave this sprawling, heaving, stinking, noisy city. I have spent 3 months volunteering on the Swacch Bharat Mission, which I found to be a totally engrossing project and gave me the opportunity to meet and talk to people at all levels of Indian society from state-level officials to villagers in the remotest corners of the state.

As a result I have learnt much about how local government, the health system and rural projects work, made many new friends and fallen in love with beautiful, rural West Bengal. My first blog from India (see Barkot – 18 July 2017) was about my first impressions, the sights, sounds and smells but now as I leave, I want to capture some of those memorable quirky little things that ‘only happen in India’.

I have travelled the length and breadth of West Bengal and used just about every means of transport available. Everyone has heard about Indian buses -they hurtle through traffic, blasting continuously on their horns and belching out tons of toxic exhaust fumes – I noticed that all the bus conductors have a particular way of holding 10- and 20-rupee notes; carefully folded length-wise and held between their fingers like a fan. Also, forget the one-man operator bus system we have in the UK – in India there is a driver, a conductor and then an outrider who hangs perilously out of the door in the middle of the bus shouting the destinations, helping people on and off, which is really tricky in India as bus drivers don’t plan on stopping anywhere for anyone. You become adept at leaping on or off when the chance arises – it’s a bit like a paternoster lift system but using buses. Not forgetting the “Fast Aid Kit” which has got to be an improvement!! 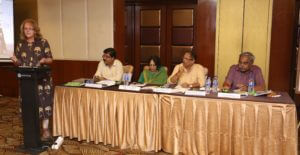 India has its own time zone, IST, Indian Stretch Time. I recently attended a 2-day state-level meeting which was scheduled for a 10.00 am start on the second day with a reminder to all to get there on time, especially as many were in fact staying at the venue. I got there at 9.50 am being a Brit, and there was no one there! It finally started at 10.45 am. Arranging meetings with people is difficult and from a business perspective hard to plan your time effectively.  Your contact may change the time of the meeting at the last minute or just rock up late. As an Indian colleague said in Uttarakhand, you need to be flexible if you are to survive and I have found new wells of patience which is a good thing.

There is a parallel universe operating in many office buldings at night.  I was told that office hours were from 10.00 to 17.30 – when I asked if it would be ok to start earlier to avoid the horrors of the traffic on my commute in, I was told that this would be difficult as the lifts were only turned on at 9.30! My office was on the 8th floor and I was not expected to walk up. However, one morning I got in at 9.30 only to find a colony of people in our office with washing, clothing and towels draped over the office chairs; mobiles were charging and suddenly the office chai wallah who also worked as a cleaner appeared and said “good morning madam” and then I understood that he and the others lived and slept in the office overnight. 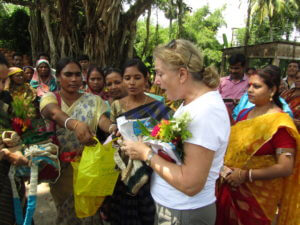 Indian people are unbelievably kind and generous. I used to get a train from central Kolkata, Sealdah Station to Barasat on a regular basis and was surprised one day, when I was watching the display board to tell me my platform number, when someone grabbed my arm and directed me to the right platform. I had been recognized by an Indian lady and her family and they swept me off to the correct train. In the rural villages that I have been to on my monitoring visits, I have been greeted with genuine warmth and interest, showered with flowers and tokens of respect. It all came as a complete shock to me and I certainly was not prepared for the requests for selfies or being photographed.

I used Airbnb to find accommodation in Kolkata and my two host families were absolutely wonderful at looking after me and making sure I found my way around the town and reached my destination and got home again! When I was late back from field visits, I would always get an SMS asking if everything was ok it was very thoughful and made me feel about 16 again! 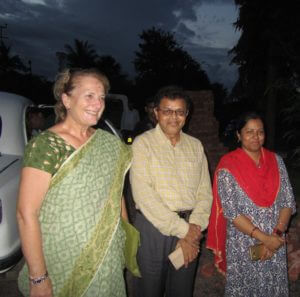 As a woman, one of the interesting things that I did was to wear a sari which was a gift from a local official. I had a meeting in the same village the next day and was told I should wear the sari – I was a little worried having only worn one once in Uttarakhand. With the aid of 2 ladies from my office and a packet of safety pins, I  donned the lovely new sari and went off to my meeting – luckily everything held together and it certainly made me feel very different. I cannot imagine wearing it every day or working in the fields but saris are certainly one of the memorable things about India – the vivid colours of the women as they go about their lives with such grace.

Apologies to Irving Berlin, but the title refers to the Indian habit of not calling you by your name but “madam” as a mark of respect. Younger people may call you “auntie” and I have also been called “sister” by the park attendants on my morning walks. It takes a little getting used to and I have found it hard to remember to call my superiors “sir” and “madam”. I have been told that it goes back to colonial days so the British are to blame.

So now I move on to Australia and the southern hemisphere – bad timing as the temperature in Kolkata is falling and becoming almost pleasant. I want to come back to finish my trip to the Darjeeling District and I hope that I may do so in the future.  I have learnt much about India but also about myself and I suppose that is the wonderful experience of travel. I have also decided to work somewhere on earth where I do not always feel so tall!