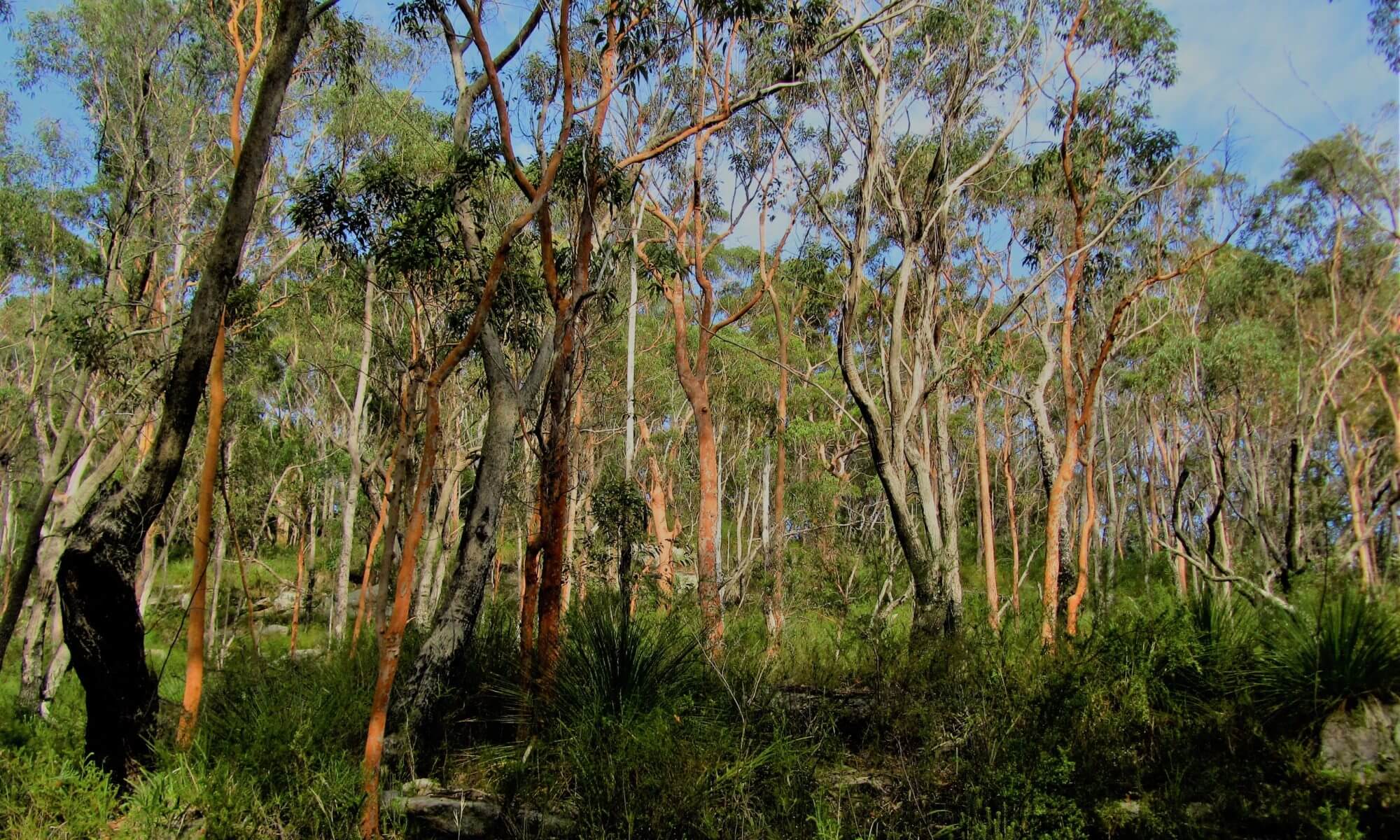 Walking in the morning continued in Australia and I have had some truly remarkable walks. In St Ives (North Sydney) I could easily access the Cowan Creek Reserve which runs into the Ku-ring-gai Chase National Park. It is a wonderful piece of Australian bush right on a suburban doorstep. The eucalypts in summer are a beautiful sight as, like Londoners stripping off to their underwear in Hyde Park on a hot day, they shed their bark to reveal beautiful orange and pale cream-coloured trunks and the bark falls in shreds to the ground – they look like the cork-oaks in the Alentejo when the cork has been stripped. 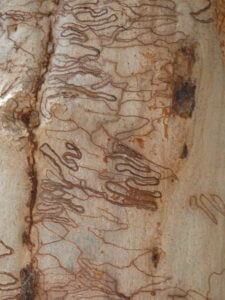 The scribbly gums, Eucalyptus haemastoma, are particularly attractive at this time of year – the remarkable “scribbles” left by the larvae of the scribbly gum moth are clearly revealed. In fact, now I have a clearer understanding of two prints which I bought at the Adelaide Arts Festival in the 80’s which quite clearly have scribbly gum designs on them.

I have also had an introduction to a cicada summer as 2017-18 is one. They only happen every 4, 7 or 10 years depending on the species and other factors such as temperature, sap flow and other, as yet not fully understood factors.  Sydney last had a plague in 2013. I have always thought that the pleasant singing of a male cicada in Spain and Portugal was part of the summer sound track – however, when they reach plague proportions the noise in the bush is absolutely deafening and you really need to walk with ear plugs in place as the sound is louder than the front row of a heavy metal concert. Cicadas lay their eggs in the cracks of tree trunks; when the larvae hatch, they fall to the ground and burrow down and attach themselves to the roots and suck the sap.

After a number of moults, the nymphs are ready to emerge but it is still a matter of debate how long they stay underground – it is estimated to be 6 -7 years for the greengrocer which is one of the common species in the eastern states of Australia. It is amazing to see the split skins of the emerging insects abandoned on the trunks of the trees and to see the cicadas frantically flying from branch to branch in search of a mate.

I have seen a lyrebird, skulking in the undergrowth by the side of Cowan Creek. Lyrebirds are the symbol of NSW National Parks and Wildlife Service and wonderful birds they are too. They are very good mimics and regularly mix human sounds in with their birdsong, like a chain saw or a mobile ring tone. The one I saw was very good at imitating the call of the whip bird. I have also enjoyed the flocks of sulphur-crested cockatoos, literally screaming their heads off as they chase one another from their favourite high perches in dead trees – the cockatoos together with the cicadas make the bush in summer a really noisy place to be.

The opportunity for a morning walk on a deserted beach is not one to be turned down. In Sydney I have wandered along some of the northern beaches, Narrowbeen and Dee Why, where the breakers roll in from the South Pacific Ocean and a man is not a real man unless wearing a wetsuit, carrying a surf board and has a head of briny, tousled, blond hair. I like the feeling of looking out to sea and knowing that there is nothing between me and the International Date Line. I have braved the rollers in a bikini and found that I was at the risk of a severe wardrobe malfunction, so note to self to pack a proper costume next time. I have also explored the old military area around Georges Head ending up at either Chowder Bay or Balmoral beach – the harbour beaches offer a more sheltered swimming environment where I was able to swim the length of the beach in safety, free from the worries of losing my clothes – however I felt less happy when I saw the “remains” of the old shark net which used to be strung across the beach to prevent shark attacks but was taken down in 2008 as being too expensive to maintain – no one told me!! 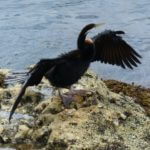 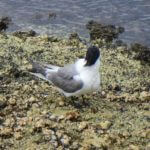 Only the cormorants  and tufted terns guard the Balmoral beaches now!

I have also spent some time in the newer suburbs surrounding Sydney Olympic Park which underwent substantial redevelopment in the 1990s to support the 2000 Summer Olympics. The park was built on former industrial land and vast amounts of contaminated soil had to be moved and contained. Now there exists a wonderful network of foot and cycle paths through nature reserves and conservation areas with old eucalyptus forests protected and unusual and rare species such as the green and gold bell frogs and Latham’s snipe doing well.

Finally, in South Australia I was invited to stay on a smallholding, nestling in a valley of the Hallelujah Hills – what an inspired name. It was wonderful to be able to wander up a dirt road and across a wild bushy hillside putting the Euros to flight – if like me you have never heard of a Euro, it is another name for the common wallaroo. I was able to perch on top of a rocky outcrop and be surrounded by flocks of displaying galahs. It was an opportunity for me to become acquainted with a walky-talky radio. No phone signal in these remote parts and my hosts insisted that I take a radio with me in case of emergency – but how useful and wonderful to hear my host signing in with  “Come in Hilary – give your approximate ETA – breakfast in 15 minutes!”